Big Expectations for Big Data in 2016 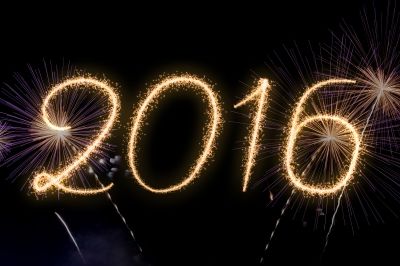 2015 was a major growth year for Splice Machine. We announced new partnerships with Talend, mrc and RedPoint Global. We released version 1.5 of our Hadoop RDBMS in October, and in November, we announced the first hybrid in-memory RDBMS, powered Hadoop and Spark, which is now available as a public beta.

We are excited to ring in the new year and have big expectations for ourselves and the industry in 2016. Here are a few things we expect to happen next year.

Spark will kill Map Reduce, but save Hadoop
Map Reduce’s slow, batch nature and high level of complexity can make it unattractive for many enterprises. Spark, because of its speed, is much more natural, mathematical, and convenient for programmers. Spark will reinvigorate Hadoop, and in 2016, nine out of every 10 projects on Hadoop will be Spark-related projects.

Businesses will start making decisions in the moment
Companies want to personalize cross-channel experiences based on real-time information (i.e., last 5 clicks of a mouse), not on day old data from their ETL (Extract, Transform, Load) process. Beyond ecommerce, this means reducing the time it takes to complete the “data to insight to action” cycle. Using real-time or near real-time data, which is only a few seconds behind, is one of the biggest ways to speed that cycle up.

This will dramatically improve personalization for customers, leading to increased conversion rates and ultimately revenue. Businesses will spot and react to trends faster, iterate and quickly outpace the competition and subsequently “leave them in the dust” when responding to data in the moment.

Machine Learning will be the new buzz word
Much how AI was in the 90s, every company will want to get on the machine learning bandwagon in 2016, but without the right people, many won’t have the expertise to do it. Expect to see the development of turnkey databases that allow developers to build predictive models without having a Ph.D.

It will be the year of the Big Data application
Expect to see a Big Data digital marketing app, artificial intelligence app, Big Data medical app, or even a Big Data telematic system. In 2016, I think we will see 100 application companies certify their apps on a scale-out SQL RDBMS.

Solid-state drives (SSDs) will replace spinning disks
Although spinning disks help us scale our data growth, it takes too much time to get the data off the disk. With SSD, there are no moving parts, much like being in memory, so the process of getting the exact data you need is extremely fast. In 2016, all new applications will use SSDs and spinning disks will become a thing of the past.

Do you agree with these predictions? What do you expect to see in 2016?